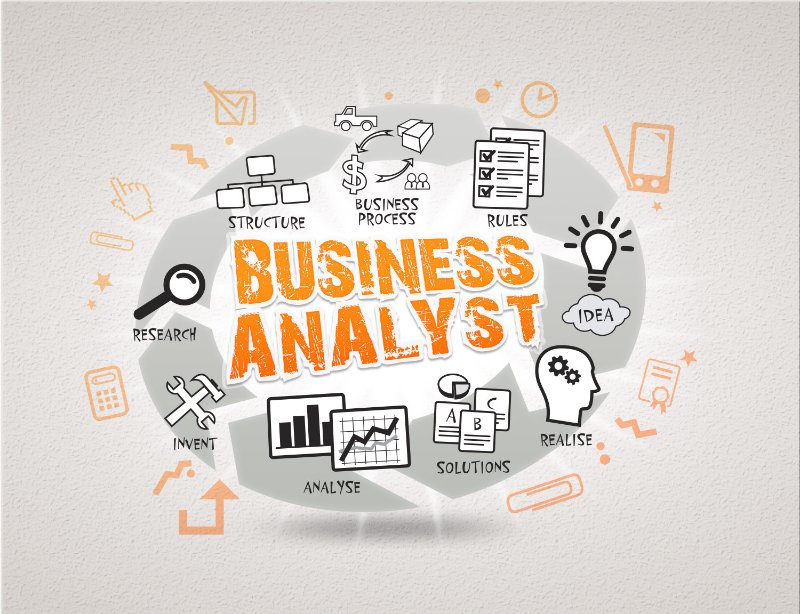 This post is the first in a series I will be uploading on – So You Want to be a Business Analyst?

If you ask any young child what they want to be when they grow up, odds are boys will answer with a resounding Pro Athlete or Firefighter; and these days, little girls want to be Doctors and Teachers.

I challenge you to find a child that declares to their parents “when I grow up I want to be a Business Analyst”.

Not even my own children, the traitors, want to follow me into this profession.

Why is this so?

Well, unlike the more common career paths such as nurses, salesmen, bank tellers, programmers, rodent exterminators and musicians, no one actually knows what Business Analysts do. Over the years, I’ve discovered it’s a conversation killer. Many a time I’ve been at one party or another and started chatting to a stranger I’d just met. You can guarantee within ten minutes the inevitable — ‘and what do you do for a living?’ is asked.

In my younger days, before I became the jaded and cynical person I am now, I would answer truthfully.

The response to this was always the same, no matter the country I happened to be in at the time. It was then I discovered the one thing that is common across all nationalities, religions, sexual preferences and race – the blank stare. Yes, that’s right. I would get the stunned mullet blank stare as they struggled to work out what I did. After all, the way I said it sounded like it was a real job. This was quickly followed by a recovery and they would nod and say ‘Oh, you look at business and work out their finances?”

These days when asked, I just respond with, “Firefighter.” Which, when you think about it, is exactly what I do. 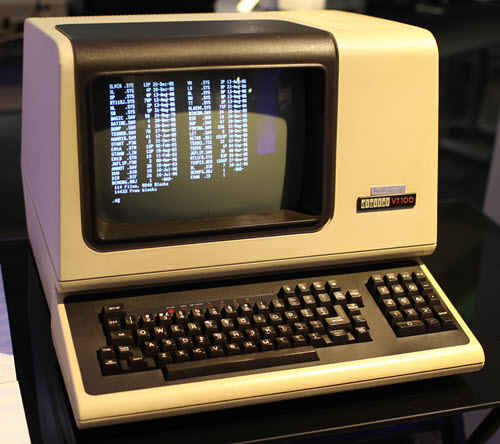 I have been a business analyst for a large portion of my career. In fact, I started before it was an actual career path. In the good old days of legacy systems, before they were considered legacy, we all worked on mainframe terminal computers. For those of you too young to remember, this was after the abacus, before Microsoft ruled the world and waaaayyyy before the mobile phone.

This was the days of green screens (or black just for variety), where you needed to memorise thousands of codes just to be able to add a single record to the database.

Mice were those little rodents that ate cheese, and you had to have a very large lap to rest 14 kg’s (28 lbs) worth of laptop computer.

And don’t get me started on the office buildings with floors that you had to swim through a sea of smoke just to get to your cubical each morning. This was when everyone filled their lungs with nicotine at work; parachute pants were all the rage; the cool kids walked around with cell phones with batteries bigger than a suitcase; and we had to turn sideways to get through doors because our padded shoulders wouldn’t fit.

Coming from a non-smoking household, it was a culture shock to come to work each day where the majority of people smoked like chimneys at their 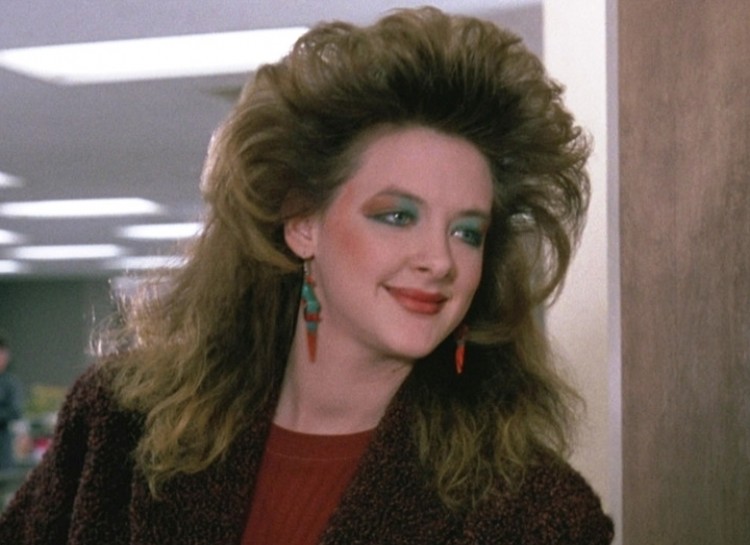 desks. Needless to say, I would go home each night with my clothes reeking of tobacco. One of my earliest memories of my induction into a working environment, that has stuck with me all these years later, is the combination of smoking and hair fashion at the time. Now, I can already see some of you cringing at the memory. You know exactly what I’m talking about. Women (and a fair few men) used around two cans of hairspray each morning to get the right teased and most unnatural look they could possibly achieve while still remaining upright. It still escapes me how many of my colleagues could light a cigarette and not have their hair spontaneously combust.

Now, when I started my career, I had no idea what the world had in store for me. Coming from a family that worked the land, and worked it hard, I was determined that my working life would be in an office. My days of driving tractors, planting, picking & packing fruit and vegetables was over. I wasn’t afraid of hard work; it just was going to be in an air-conditioned office rather than physical labour.

I started out in the insurance industry and worked for one the largest in the country. Okay, let’s face it, I worked for the biggest.

Things were going well, I was going to be the youngest female General Manager the company had ever seen, this would be promptly followed by Prime Minister, and then I’d take over the world just for laughs. Oh, and along the way I would win the lottery and broker world peace while solving world hunger and become BFFs with Madonna.

This all changed one fateful day when I was called into my manager’s office and informed I was being transferred to a ‘Special Projects’ team.

Turns out this ‘Special Projects’ team was me and a bunch of KPMG consultants. They’d thrown me to the lions. My reward – a brand new title that none of us had ever heard before – Business Analyst Professional; which always amuses me. This implies that there is an amateur version of the role.

The Birth of the Business Analyst role as a Career

So why did a new profession suddenly materialize in the midst of all this chaos and hair product?

Up until the 1980’s, computer systems were used primarily by the government, universities and big business. Why? Because it cost a fortune and they were understandably the only ones that could afford it. To put it into perspective, let’s have a look at some comparisons between 1980 and 2015 with regards to hard disk sizes and cost of storage.

Whoops! The 1980’s figure doesn’t even rate. Let’s change to a logarithmic scale.

So, in 1980, the average hard drive could store one three-minute audio track; and, if you wanted to store all the songs that you would typically have on your iPhone today, it would have cost you $300,000. This is not a typo; you are reading the value correctly – $300,000. I can just see Dr. Evil holding up his pinkie finger as he announces the amount.

In addition to price, data was problematic to get to; and it was difficult to write the programs to access the data in these one-directional flat files. To make matters worse, around that time there was very little functionality built into mainframe systems which was presented to the user in a choice of green, green or green.

By the late 80s and early 90s this all started to change. Some bright spark came up with the relational database, and object orientated programs such as Java and C++ were being introduced. The cost of storage began to plummet. And most importantly to those who had had enough of green screens, graphical user interfaces became the rage. As a direct result, the information technology age came into its own. Big businesses wanted to improve their processes and increase profits; and computers were going to help them do it. However, much to their horror, it actually started costing them more. Why? Well, that’s the exact question they asked too.

The amount they were spending on software development; scope changes to meet the ever changing business needs; not to mention the increased maintenance costs and cost of software defects was ringing some major warning bells. The IT budgets were haemorrhaging and things needed to change before they went out of businesses with the spiralling costs. So where was the primary source of cost overruns and why? It turned out-surprise, surprise-that the software development teams were talking directly to the business users. That’s like having a gansta elicit requirements from an elderly person who thinks the web is something a spider clings to. I can just imagine the conversation:

Senior Citizen: Sorry son, can you speak up I can’t hear you.

Gansta: What the goddamn ideas do yo’ n’ yo’ goddamn teammates rap ’bout as ways ta improve tha process?

Senior Citizen: Is it teatime yet?

Gansta: Where the fuck would da usa access dis feature?

As you can imagine neither party understood a word the other was saying. The bottom line was the business users could not articulate their requirements in a language that could be understood by the development teams. And conversely, the programmers had no frame of reference to understand the underlying business needs. They had no experience in actually using the systems in a day to day environment. Now don’t get me wrong, there were System Analysts who managed to do a great job; but they were in the minority.

Q: So how did they solve this divide?

A: Find someone who can bridge the gap between the two; and so, the role of the business analyst was born.

The key word in this new role was ‘business’. While, up until that time, the traditional role of Systems Analyst performed some of the business requirements elicitation as part of their role, their primary focus was design and development.

As with my case, and many Business Analysts I know, key individuals were brought in from the business and worked directly with these external teams to become the business champion and liaise with the development teams which, at the time, were primarily external organisations. We very quickly needed to learn to speak geek.

next up… So What Do BA’s Actually Do??