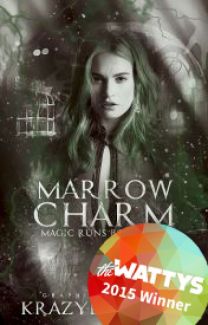 Kristin Jacques is a Wattpad Featured author, a Wattys winner and soon to be published author with her novel ‘Zombies Vs Aliens’. Firstly, thanks for taking time out of your busy schedule to chat with us today.

Who is Kristin Jacques ? – Tell us a little about yourself.

I am a thirty year old mother of two who has aspired to be an author for many years. There have been many dirty jobs in the interim, from stall mucker to dry cleaner. I have hermit tendencies, am a huge gaming and comic nerd, and I have a not so secret book addiction. Our closets are full of stacks of books… The kindle helps me hide it better. Sometimes my hair is blue.

I have been penning stories forever. I used to dictate stories to my mother, which she would type up and give to me to illustrate. I still have one kicking around of my superhero dog stopping the lily pad thieves. I was his sidekick. Motivation? Writing isn’t just therapeutic. If I don’t write at all over a week I feel twitchy. There is a passion for story telling, but I would continue to write in some form no matter what.

Congratulations on the upcoming release of Zombies vs Aliens! Can you tell us a little about your particular path to publishing? What’s been the best and worst parts of the process?

The worst feeling is the rejection slips, though some are helpful. The best feeling is after they’ve read your sample and ask for the rest. There was a lot of research about the type of press I wanted to query. I hoped to find someone who would allow me to keep Z vs A on wattpad in some form, even if I had to temporarily take it down. In the end, I felt more comfortable with the structure of smaller publishing houses. They have a different author/publisher relationship and timeline than larger houses. There are pros and cons to both, but in the end I went with a budding small press.

What is it about the Science Fiction/Fantasy genre that fascinates you the most?

The ‘what if’ scenario of speculative fiction has always been the biggest draw of the genre. In storytelling and reading tastes, I often veer towards the fantastic intruding on the everyday setting or normal people being thrust into fantastical situations. There is something about dropping the average Joe/Jane in Narnia and watching them freak out that will never cease to entertain me. There is also an endless well of possibilities and angles in fantasy and sci fi.

Marrow Charm, a 2015 Watty’s Winner, takes a pivotal moment in our history and adds a KrazyDiamond twist to give us an alternate timeline. Where did you get the inspiration for the story?

While some of the monsters and imagery come straight out of my noggin and nightmares, there is a comic book influence to the alternate history aspect. The idea of Nazis messing with occult magic is not a new one, I wanted to tinker with the idea of what happened if no one stopped them. If they opened the door and no one closed it.

What is the most challenging part of the writing process for you and how do you overcome it?

For me the most challenging aspect is making it to the finish line of a first draft. I have an absurd amount of unfinished works, many of them over halfway done. I start to poke at earlier chapters, I start to doubt the worth of the story as a whole. I start to second guess everything that went into it. I have to put blinders on and keep plowing ahead or I get caught up in my own self doubt.

This is a big fat yes. Without the initial pushes and comments from readers on Wattpad, I would never have finished Zombies vs Aliens. I was working on the book for nearly two years before posting it on the site. It had shifted from straight horror, to dark humor, but I had no confidence in its draw for an audience. This was before it took off, when I had a handful of other writers and readers on the site who reached out and encouraged me to keep going. For a struggling artist, it really only takes that handful of people backing you to keep you going. Aside from the incredible community, I have learned a lot about the writing process and business as a whole from interacting with other writers on the site.

In the immortal words of Jason Nesmith: “Never give up, never surrender.” Seriously though, the worst thing you can do to yourself as a writer is give up. I shot myself in the foot for years before I found a way to keep going. If self doubt is the weight that keeps you down, find a community that bolsters you up. This is a very lonely profession, but it doesn’t mean you can’t reach out for support.

Back in ye old November, I remember being at work and getting an email notification of people posting ‘congrats’ on my wall. I had no idea what was going on so I peeked on the computer and found out I received a Watty. I quietly retreated to the back room so I could squeal like a teenage girl flipping out in my head.

Some of the biggest influences include Tamora Pierce and Diana Wynne Jones. These two ladies wrote some of the strongest female protagonists I’ve ever read, especially for a teenage audience. Lovely, flawed, heroines I aspire to create. Sophie from Jones’s Howl’s Moving Castle was a personal favorite, as well as Alanna from Pierce’s Song of the Lioness Quartet.

Now, apart from being an amazing and prolific writer, is there any other interesting fact we might not know about you?

I know a little bit of several languages but am fluent in none. I have a collection of fake mustaches. This is rivaled by my collection of silly hats.