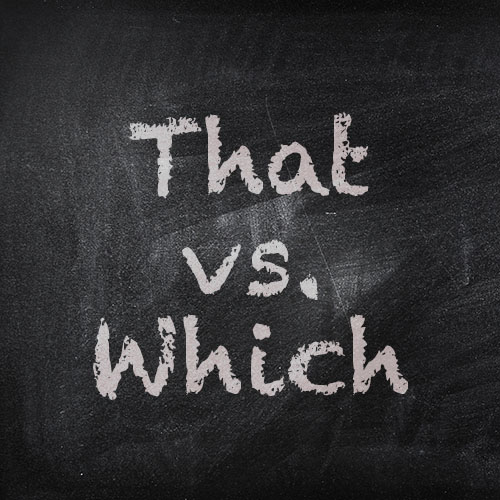 Many people get confused on whether to use which or that in a sentence.  There is a handy rule you can use to get it right.

If the sentence doesn’t need the clause that the word in question is connecting, use which.  If it does, use that.  The below may illustrate this a little better.

Our spaceship, which has two cargo bays, is located near Mars.

Our spaceship that has two cargo bays is located near Mars.