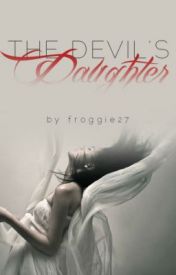 Who is Ellie Donnelly (Froggie27)? – Tell us a little about yourself.

Haha start with the most difficult question why don’t we. Well, here goes…I’m a 21 year old aspiring author who loves writing and reading more than anything. I’m currently at university studying medicine but writing is the thing that I love the most. It gives me the chance to escape from reality and make the impossible possible. I love creating worlds of excitement and danger where I can stretch the limits of the imagination and produce action packed adventures.  When I’m not writing I tend to be surrounded by animals, no matter what kind, if there is an animal around I will be playing with it! 😀

How did you get into writing?

I’ve been in love with books for as long as I can remember and one day when I was maybe 10 years old I realised that I wanted to write one of my own. I had all of these thoughts swirling around in my mind just begging to be written down and turned into something worth reading. Of course I ended up with pages and pages of half started and partial planned stories that will probably never be written, but if not for that The Devil’s Daughter may not exist.

How did The Devil’s Daughter come about?

The Devil’s Daughter was never a story I thought I would finish, I was a fair way into a different story when the first scene of TDD popped into my head out of nowhere. It was interesting enough in my mind that I wanted to find out what happened next, so I stopped what I was doing and just started writing the scene out until I had the first draft of what is now the first chapter on Wattpad. At the time I thought that would be the end of it; I’d have one chapter and maybe at some point in the future I would come back and maybe write a bit more of it. But it kept bugging me and I kept thinking about Abby and who she was and what would happen from there until I was forced to sit down and write more. And now it’s my favourite of all of my attempted stories and I can’t wait to see how it ends! 😀

What are the future plans for The Devil’s Daughter?

At the moment I’m just hoping to finish it. I’ve set a goal to have it completed before 1st March 2016 which I am currently on track for. Of course, I would love to get it published one day and be able to hold the book in my hands, but one step at a time and I need to finish it before I can even let myself start thinking about that. One day…

I guess the advice I would give people is to write something that you truly want to write. Don’t write something just because you think it’s what people want to read, write a story that YOU would want to read. It can be difficult to get people to read your work at first but as long as you stay true to what you want to write and do it well, there will be people out there that read it and enjoy it. And remember that everyone writing online wants the same thing so read and comment on other people’s works, join book clubs and interact with other authors, don’t just expect people to read your story.

What do you most struggle with when writing?

I most struggle with actually writing. I can see the scenes playing out in my mind like a movie, hear the characters interacting, feel the atmosphere, but it can be difficult sometimes to find the words to describe the scenes and I end up writing something that is nowhere near what I want, so I sit there and go through and rewrite it until I come up with something that partially resembles what I’m seeing. It can be extremely frustrating at times, but I think with each revision it improves slightly and one day I’ll get it to where I want it to be.

Definitely. Before Wattpad I had hundreds of half started stories that were never going to get finished because I lost focus and didn’t see the point of finishing them when I already knew how they ended. Wattpad gave me an audience willing to read and give me feedback on my writing. And other people who wanted to know what happened next. It is a great motivator and also helped build my confidence as a writer which was extremely important for me as I previously had very little confidence in my writing.

Probably the day The Devil’s Daughter reached 1000 votes. It isn’t a lot compared to what a lot of other stories on Wattpad have but for me it was the biggest achievement ever. I remember when I posted my first story on Wattpad, before that moment I had never really shown anyone my writing and I remember sitting there heart racing terrified that no one would read it or that the first comment I got would be to say how terrible my writing was. And the day I reached 1000 votes on TDD I think I finally realised that people liked my writing that they wanted to hear the rest of the story. And that was the best feeling ever. 😀

Who are your favourite Authors?

My absolute favourite author ever is Stephen King, I have never read a book by him that I haven’t liked and he will probably be my favourite author for the rest of my life. I have read a lot of books but the way he writes is just incredible; I didn’t evenlike horror before I read his books. So yeah, if you haven’t read his books DO IT NOW!! 😀
Yeah, I’m just slightly obsessed…